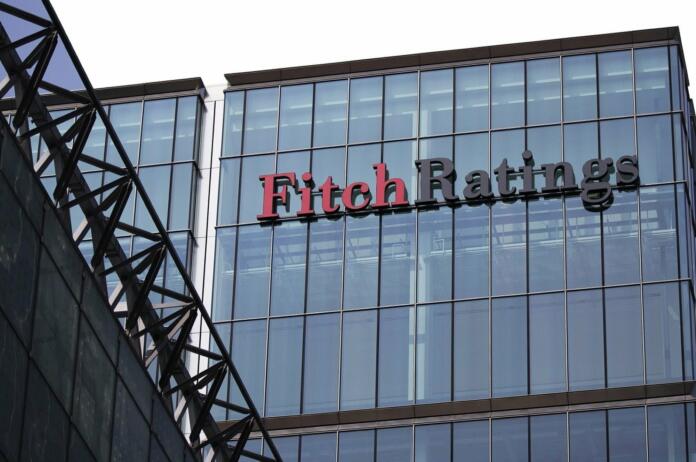 The ‘BBB-‘ rating reflects Cyprus’s institutional strength as underlined in its per capita GDP and governance indicators that are well above the ‘BBB’ median and a record of robust economic growth and sound fiscal policy prior to the Covid-19 shock. These strengths are balanced by balance-sheet weaknesses, in particular high public debt, and a weak banking sector.

Fitch forecasts real GDP growth of 4.8% in 2021, partly due to strong base effects, and a gradual normalisation of growth rates in 2022 and 2023 of 3.7% and 2.9%, respectively. The economy contracted by 5.1% in 2020, although the economic rebound was stronger than in the eurozone during the second and third wave of the pandemic in late 2020 and early 2021. Tourism and domestic demand will both support the recovery, although there is still uncertainty regarding the fourth wave of the pandemic and its impact on economic sentiment and air travel within the EU. Growth will be also supported by the Next Generation investments over the medium term. The Recovery and Resilience Plan consists of EUR1 billion in grants and EUR200 million in loans, total investments of 5.5% of GDP until 2026 and it envisages mobilising an additional EUR1.1 billion private investments.

We forecast a 5.2% of GDP budget deficit in 2021 after a 5.7% of GDP deficit in 2020. The budget was revised in April to provide further fiscal support to the economy and the deficit target was raised to 4.7% of GDP. We expect a gradually shrinking deficit from next year, reaching 2.4% of GDP in 2023. The narrowing of the deficit is expected to be driven by an end to the pandemic support measures, and no substantial structural fiscal consolidation is expected until 2023, based on EU guidance. The government has a more ambitious fiscal consolidation plan: targeting a balanced budget in 2023, which would imply tightening of approximately 4pp of GDP between 2021 and 2023, according to the 2021 Stability Programme.

Gross general government debt (GGGD) surged to 119% of GDP in 2020, exceeding the 109% peak in 2014 and well above the ‘BBB’ current median of 57%. The 24pp increase (almost twice the 14pp increase in eurozone) was only partly driven by the pandemic, as cash buffers were increased significantly to over 15% of GDP as the sovereign took advantage of benign financing conditions. Fitch forecasts the debt ratio to decline by 10pp of GDP in 2021, predominantly as the extra cash reserves are used for debt redemptions.

Debt reduction will be driven by fiscal adjustment and economic growth from 2022 and GGGD is forecast to fall towards 100% in 2025, close to its 2018 level of 99%. While debt is still elevated, Cyprus continues to enjoy very favourable financing conditions. The average long-term issuing yield in January-August 2021 was 0.05%, well below the average debt cost of 1.7%. The average maturity of the marketable debt is eight years, in line with the government’s medium-term debt management strategy.

The large banking sector remains a weakness relative to ‘BBB’ peers. Fitch’s Banking System Indicator (BSI) for the highly concentrated banking sector remains among the weakest of rated sovereigns, at ‘b’ and the Outlooks on the IDRs of the two major banks are Negative. The fall in non-performing exposures (NPE) slowed in 1H21, declining by EUR143 million in 1H21to EUR4.6 billion, equal to 16.5% of total loans after falling over EUR 3.7 billion (from EUR8 billion at end-2019), due mainly to asset sales and write-offs by the two largest banks. The coverage ratio of the remaining NPE stock is 45%, in line with the eurozone average. Repayment behaviour observed of loans previously under moratorium is encouraging, but downside risks remain. Improvement of the banks’ asset quality depends on execution of large NPE transactions.

ESG – Governance: Cyprus has an ESG Relevance Score (RS) of ‘5[+]’ for both Political Stability and Rights and for the Rule of Law, Institutional and Regulatory Quality and Control of Corruption, as is the case for all sovereigns. Theses scores reflect the high weight that the World Bank Governance Indicators (WBGI) have in our proprietary Sovereign Rating Model (SRM). Cyprus has a WBGI ranking at the 76th percentile, reflecting strong regulatory quality, well-established rights for participation in the political process, strong institutional capacity, effective rule of law and a low level of corruption.

RATING SENSITIVITIES
Factors that could, individually or collectively, lead to negative rating action/downgrade:

Factors that could, individually or collectively, lead to positive rating action/upgrade:

Fitch’s sovereign rating committee adjusted the output from the SRM to arrive at the final LT FC IDR by applying its QO, relative to SRM data and output, as follows:

Fitch’s SRM is the agency’s proprietary multiple regression rating model that employs 18 variables based on three-year centred averages, including one year of forecasts, to produce a score equivalent to a LT FC IDR. Fitch’s QO is a forward-looking qualitative framework designed to allow for adjustment to the SRM output to assign the final rating, reflecting factors within our criteria that are not fully quantifiable and/or not fully reflected in the SRM.

KEY ASSUMPTIONS
Fitch expects a strong global rebound after the deep recession in 2020 based on its latest Global Economic Outlook published on 16 September. Eurozone GDP is expected to grow 5.2% in 2021 and 4.5% in 2022.

Fitch’s baseline scenario does not consider gross government debt-reducing operations such as future privatisations or asset sales by the state-owned asset management company. Our projections also do not include the impact of potential future gas reserves off the southern shores of Cyprus, the benefits of which are several years away.

The UN convened a new round of peace talks between Greek and Turkish Cypriots in April 2021 after negotiations broke down in 2017. The spring negotiations have not led to tangible results, thus the reunification of the island remains a distant possibility and is therefore not included in Fitch’s baseline scenario. Nevertheless, the reunification would bring economic benefits to both sides in the long term but would entail short-term costs and uncertainties.

REFERENCES FOR SUBSTANTIALLY MATERIAL SOURCE CITED AS KEY DRIVER OF RATING
The principal sources of information used in the analysis are described in the Applicable Criteria.

ESG CONSIDERATIONS
Cyprus has an ESG Relevance Score of ‘5[+]’ for Political Stability and Rights as WGBI have the highest weight in Fitch’s SRM and are therefore highly relevant to the rating and a key rating driver with a high weight. As Cyprus has a percentile rank above 50 for the respective Governance Indicator, this has a positive impact on the credit profile.

Cyprus has an ESG Relevance Score of ‘5[+]’ for Rule of Law, Institutional and Regulatory Quality and Control of Corruption as WGBI have the highest weight in Fitch’s SRM and are therefore highly relevant to the rating and a key rating driver with a high weight. As Cyprus has a percentile rank above 50 for the respective Governance Indicator, this has a positive impact on the credit profile.

Cyprus has an ESG Relevance Score of ‘4[+]’ for Human Rights and Political Freedoms as WGBI have the highest weight in Fitch’s SRM and are relevant to the rating and are a rating driver. As Cyprus has a percentile rank above 50 for the respective Governance Indicator, this has a positive impact on the credit profile.

Cyprus has an ESG Relevance Score of ‘4’ for Creditor rights as willingness to service and repay debt is relevant to the rating and is a rating driver.

Except for the matters discussed above, the highest level of ESG credit relevance, if present, is a score of ‘3’. This means ESG issues are credit-neutral or have only a minimal credit impact on the entity, either due to their nature or to the way in which they are being managed by the entity. For more information on Fitch’s ESG Relevance Scores, visit www.fitchratings.com/esg

EU Commission: Gradual recovery in economic activity for Cyprus in 2021 & 2022