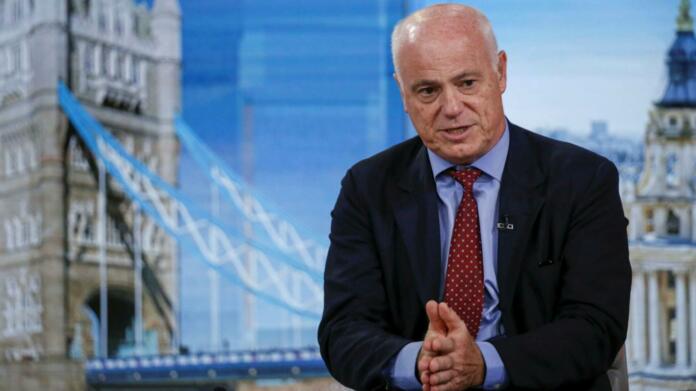 The European Banking Authority (EBA) celebrated its 10th anniversary by organising a conference on 26 October in Paris. The conference highlighted the progress made in the last 10 years in EU banking and financial integration, and looked at the future of the challenges and opportunities that lie ahead.

In his speech, EBA President José Manuel Campa noted that, a decade ago, the banking sector and the supervisory field looked different, i.e. less European and less coordinated. The EBA, he added, was a key factor in this progress, stressing that the financial industry poses new challenges to ensure that proper financial regulation and supervision allows the EU to reap the benefits of the future.

In an interview with “K”, José Manuel Campa comments on the European and Cypriot banking environment, the challenges, the role of banks in the pandemic crisis, the environment of negative interest rates and the shift of banks to technology.

The profitability of banks is very important and is one of the biggest challenges that we believe exists as the European Banking Authority. Before the Covid-19 pandemic crisis, the profitability of the return on equity of European banks was less than the cost of equity itself. It was a major challenge and I can say that these were the so-called “wounds” caused by the previous crisis. With the advent of the pandemic crisis, this profitability fell further in the previous year and reached 0.5% in June 2020 in European Union banks. However, in the first 6 months of this year the return on equity (ROE) has recovered and reached 7.4%. There are banks whose return on equity is above the cost of equity, but the majority of which have lower returns, a challenge that needs to be addressed.

Cypriot banks have recently developed the level of their digitalisation, creating their own digital platforms and, I dare say, that their level may be better in this area than the European average.

As for what banks can do to become attractive again, I believe that they need to have a business model that is also sustainable. A sustainable banking model should contain three features. The first includes the cost of the bank’s structure, which may then have to reduce its costs in specific subsectors. Secondly, to invest in technology in order to give goodwill to its customers. Thirdly, the bank should be ready to finance new areas of growth opened up to the European economy in the context of sustainable economic activity. They must have proposals to finance investment opportunities.

The European banking system is overcrowded; in Cyprus too. Do you think that bank mergers are necessary? What about Cyprus?

We believe that the European banking system is indeed full (overbanking). Based on the previous question, mergers are also an alternative to improving the cost structure. We have seen some mergers take place in the domestic market. For EBA mergers are not an end in themselves. The aim is to obtain a good result from mergers each time and with a more sustainable business model. It depends on the “project” that exists behind each merger, therefore, what I want to say is that the quality of the forthcoming action is very important. If the product of the emerging act is good, then we encourage it as an Authority. If not, then the merger will not have our “blessings”. So far we have seen mainly mergers at the domestic level and not at European level between banks from different countries.

As far as Cyprus is concerned, the banking system is already quite consolidated, due to the restructurings and mergers that have taken place in recent years. Therefore, despite the presence of several small banks, the banking system has one of the highest concentration rates compared to other countries within the EU. This implies that Cypriot banks might need to look for different ways to tackle issues such as high costs, efficiency and low net interest income. In an environment of low interest rates, the situation in relation to net interest income and profitability becomes even more difficult. I believe that Cypriot banks “have to work” to reduce their costs. Cost reduction is a key component, while they have made a huge effort to reduce their NPLs. This effort must continue and I would like to stress that we are particularly happy that this effort to reduce the NPLs of Cypriot banks has continued during the pandemic.

Keep up the good effort
-Cypriot banks have made progress in reducing their NPLs. However, they still have a lot. What do you think of further reducing them?

As I have already said, NPLs in Cypriot banks have been very high for many years, but the trend of reducing them is looking good and should not be stopped under any circumstances. Despite the progress made, Cypriot banks’ NPLs remain at a much higher rate than the European average. High NPLs are detrimental to banks as their management absorbs resources from the banks that could be used elsewhere, sharply pushing up cost-to-income ratio and reducing profitability. I repeat, however, that we are pleased to have seen actions to reduce them even during the pandemic period.

As an Authority we have contributed effectively to the reduction of NPLs Europe-wide. As a result of the European Commission’s 2017 NPL Action Plan, the EBA has issued guidelines for the management of non-performing and for borne exposures, which banks with high distressed loans should follow. We have also developed an EBANPL Template which we encourage banks to use. The standard aims to improve the quality of data exchange and includes the required data for potential investors, for securitisation of loans and the active management of distressed loans. At the same time, as an Authority we have encouraged practices that can offload NPLs from banks’ balance sheets, such as the Cypriot plan, the “Estia Plan”. In addition, as an Authority we have made efforts to establish Pan-European mechanisms, by creating a network of bad banks whose purpose is to reduce NPLs.

Over the past five years, banks in Europe have reduced more than half of their NPLs and continued their downward trend even amid the pandemic. In Cyprus they have decreased even more and I stress again that the effort to reduce them must continue.

–Cypriot banks have used the debt-to-asset method to a large extent. They are now being criticised for having become “real estate” companies. How can they offload these properties?

This is a big problem, which uses a lot of resources and needs to be addressed. There are two paths that banks can follow. The first is the transfer of these properties to asset management companies and manage them either at state or private level. The point is, in any case, that they should be taken out of the bank balance sheets. The second route is to dispose of them through securitisation.

– Digitalisation is a major area now. What should banks do to compete with digital banks – FinTech companies? What stage of digitalisation are Cypriot banks at?

– Digitalisation is a big challenge for European banks. It has accelerated as a result of the pandemic and I would say not only at the banking level, but the whole society turned to digitalisation. Banks became more active on digitalisation during the pandemic, invested in and turned their attention to this area, as it was the only solution to continue operating smoothly. This applies both at European level and at the level of Cypriot banks. Cypriot banks have recently developed the level of their digitalisation, creating their own digital platforms and, I dare say, that their level may be better in this area than the European average.

But digitalisation is not only about diversifying the model, it also creates new risks. There are three main risks that digitalisation poses to banks. Firstly, operational resilience, in the sense that the system should remain robust, which was very important especially during the pandemic. Secondly, cybersecurity regarding cyberattacks and bank vulnerabilities. Thirdly, the impact of digitalisation on the customer experience. We should pay attention to the experience that a customer has, especially those who are not so digitally proficient, mostly older people.

There are, however, more risks involved. Banks outsource several digitisation services to large technology companies, thus creating the peril of the concentrating of risk which is now leaving the banks and being passed on elsewhere. We believe that it should be regulated somewhat and should be discussed further. Moreover, the anti-money laundering section should also have safeguards at the level of digitisation.

– Do you think that European banks have something to fear from payment companies and FinTechs?

– It is now needless to say that new technology companies are intensifying competition and this is a very good development. In the area of payment services we have seen many new inductees and it is very good for consumers, since they receive better and cheaper services. The dynamics of competitiveness are rising with such companies in the forefront and we, as regulators, may act neutrally, but we are alert so that no new risks are created in the system.

– Do you think that European banks can avoid the tendency to impose negative interest rates on deposits? They have already been imposed on large corporate customers and are expected to apply to large retail customers in Cyprus.

The challenges of banks

– How do you see the future of banks in Europe and Cyprus in particular? What are the challenges?

– The banks are at a much better level than they were five years ago and this has been proven during the crisis. Capital buffers are at a very good level, their liquidity as well and the level of NPLs is on a downward trend. Very good developments, but the challenges are before them. We talked earlier about profitability and the competitiveness that digitalisation brings. We believe that this dynamic will continue and the banks should have a good offer – an offer for the future. This applies to all European banks, and therefore to those of Cyprus, which are no different. Banks have demonstrated their resilience to the pandemic, their ability to adapt to difficult situations and to be supportive of economies with measures such as moratoria. It is the duty of banks and policymakers to absorb the “shocks” caused by crises, such as that of the pandemic, within society and the economy.